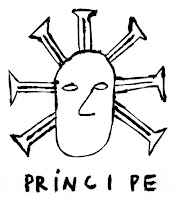 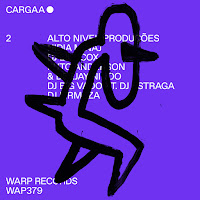 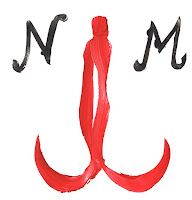 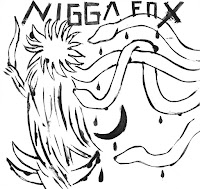 Underground Lisbon has been crafting a sound completely its own for the past 10 years. Producers call it "batida do gueto" or "beat from the ghetto", and it has roots in the fast tempo kuduro from Angola (from where many Afro-Portuguese are descended), kizomba, tarraxinha, and funaná from Cape Verde, as well as having hip-hop and trap influences. Once I heard it, I concluded it occupies its own genre beyond existing classifications.

Chal Ravens puts the sound in a wider societal context, writing that the visibility of musicians like Nigga Fox outside the ghettos "feels like a statement" given the geographic segregation of Lisbon, where the black African population has been pushed to less accessible suburbs, and Portuguese laws limit migrants' rights (see Ravens' well-written article on Principe Discos for UK publication The Wire).

Nidia Minaj, Black$ea Não Maya, DJ Marfox, DJ Ly-COox, DJ Nedwyt Fox, Puto Anderson and Deejay NinOo, just to name a few, are some of the artists killing it right now with their "frenetic and raw sound," some of whom are quoted in Ravens' piece. Lisbon's Príncipe Discos record label has been releasing music of these and many other artists based in Lisbon creating batida. The UK's Warp Records has also released 2 EP's featuring batida artists, Cargaa 1 and Cargaa 2.

All the artwork for Príncipe releases (some pictured at the top of this post) are individually hand stenciled and painted by Márcio Matos.


So here are just a few tracks that I've had on repeat and been sharing with a few music confidantes. Though classified as  "Electronic" by iTunes, don't be fooled, these tracks are full of groove and will without a doubt keep you on the dance floor. I love that they use futuristic sounds totally absent in mainstream commercial U.S. pop and even more commercial African music. Add this to the polyrhythms they create, and you get an earful of body shaking music that sounds like its from another world, maybe one in the future or one in the past.

These artists talk through electronic software instruments like the ancestors spoke through acoustic drums. I love hearing how each artist plays with so many different rhythms to find new grooves and new ways to speak through electro percussion on every track. It's like the roots are completely intact, just vibrating through a different apparatus while simultaneously creating something new.
Enjoy!

A few reasons why. "Mambos Fudiz" and "Sentimentos" on her Danger album:

And all this is barely scratching the surface of what these artists have to offer.

Continuing our internet foray into contemporary Lusophone* (Portuguese-speaking) culture, we meet with Alexandre Francisco Diaphra. Portuguese poet and artist of Angolan and Guinean parentage, he released multimedia project, Diaphra's Blackbook of the Beats on July 6, 2015.

Interesting to note that Diaphra made new connections in his formerly fragmented identity while in Brazil.


Don't be surprised if next time you see me it's in Lisbon getting down with all these cats.

Stay tuned for another post on this Lusophone theme when I look at legendary Carioca samba composer, musician, and singer Martinho da Vila and his album, Lusofonia.

The Busy Twist · LONDON LUANDA REMIX SERIES Spring is coming eventually, may as well get warmed up! London duo The Busy Twist's dancefl...