This is the order in which I learned about Brazilian music: capoeira --> Bossa Nova --> samba enredo --> partido alto and samba de raíz.
Roughly. What I had really been looking for was samba de raíz and partido alto. You could call it roots samba. I mean, that swing! This recording by legendary samba composer Monarco from 1976 is one of my favorites -- the surdo is so deep and I love how it sounds throughout this album. I don't see enough English-language blogs or info on partido alto, samba de terreiro, and the artists who kept the culture alive (and many of the legends continue to do so, and are still active). And I definitely don't hear it played enough or at all by some DJ's who have a Brazilian music collection. Bossa nova is beautiful, but samba will always be my isht!

Also let's appreciate the blackness of this album cover: 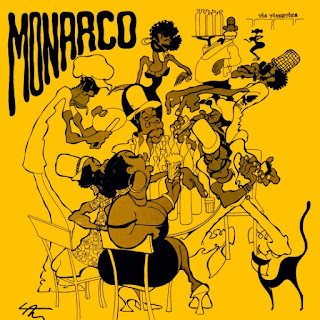